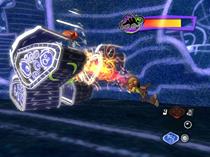 Below notes from the event are provided  by a regular thin tank attendant, Martijn Zandvliet.

This  Think Tank was both a celebration of two years of think tanks, and a critical look at the way we drive them.

What are the Think Tanks for? What has worked so far, and what didn’t? This is what we wanted to know.

At the end of the meeting we wanted some pointers for improvement of the formula.

We came up with some actionable items for future Think Tanks, designed to improve their quality and consistency.

The person suggesting a topic has the responsibility of presenting the Think Tank.
Less democracy when deciding on topics, dates and venues.
With a more clearly defined set of values, Think Tanks would be easier to promote.
Tijs could really use some assistance.

As always: If you feel you have something to share, discuss, or have some questions about doing this, please let us know! We’d love to help.

Read on for more specific notes:

-- What Are These Thought Warmachines Anyway? --

It was a good to reiterate the core qualities of the Think Tanks. We arrived at the following:

– In-depth, passionate discussions
– Confrontational questions and ideas
– Contrasting and comparing work in very different fields
– Thoughts that, while not immediately valuable, can affect you and other attendees in interesting ways
– Networking, meeting new people

It is not very helpful if the person who suggested a topic is not there when the discussion is being held. This happened a few times, and while it’s not a complete disaster, the resulting dialogue usually lacked direction.

At times it is hard to find the right balance between focused discussion and free brainstorming.

It can be hard to gauge the value of Think Tanks for newcomers who consider joining their first Think Tank. How do persuade them?

Facebook event participation is a poor indicator for who will actually show up, which has lead to events with surprisingly few people present.

Apart from the live-stream, there has been no record keeping. The recording of the live-stream itself makes for impractical documentation of a discussion.

Sometimes people post on the Facebook group to promote their own projects without actually contributing to the community. That’s naughty, don’t do it.

So how do we fix these issues? We don’t want organizing Think Tanks to become a major hassle, but at the same time we think tightening the organization up a bit would really help. Read on!

If you suggest a topic for discussion, you have some basic responsibilities.

– You need to be an inspiring person
– Have something to say (you likely have this already)
– Find a way to say it (we can help with this part, see below)
– You have to be at the event to present it
– It helps if you guide pre-discussion on Facebook

There are also some optional things for you to consider and help coordinate:

– We have existing venues, but if you have your own, suggest it
– Invite relevant people to join the event
– Provide drinks and snacks
– Moderate the discussion yourself, or make sure someone else is around to do it

-- Guidelines for Planning a Discussion --

The more successful Think Tanks had a clear core around which discussion could form. A person, an idea, and questions that hit like a brick.

We came up with some ideas to help you refine, expand and present a topic:

– Phrase it as a provocative question

“Am I a useful idiot?”. Can people disagree with you? Good!

– Invite people to think about the topic beforehand

Run a couple of small discussions on Facebook beforehand

– Choose a topic that matters to you

Ask questions about things you don’t know, or worry about
Invite opinions about your work
It helps if you feel strongly about the topic

We have considered practical workshops to accompany our mostly, err, theoretical discussions.

Actually making things together might be a larger commitment than joining in a discussion every once in a while, but on the other hand: a good idea not materialized is an idea wasted.

I myself could run a game/interactive-audio prototyping workshop, for example. It could consist of a couple of evenings of hacking together specific ideas, not unlike a game jam. (Let me know if this is something you would like!)

The pace of Think Tanks has decreased as of late. We’re all busier, slightly more tired, and lacking time. Not everyone can attend every discussion. That’s completely fine! But, the meetings have to be designed to accommodate this.

With an attendance varying from 3 to 20 people, you don’t know what you’re going to get. Each Think Tank becomes a roll of the dice in terms of quality, and that can dissuade people from joining. Tijs mentioned a discussion with only 3 people can still be interesting, but definitely feels like a let-down.

There is an optimum size for the discussions. Anywhere from 6 to 12 participants seems best.

So we want more certainty and stability. The Facebook join button is a very non-committal commitment. ‘Maybe’ nearly always means no, and even ‘Yes’ doesn’t carry much weight. Perhaps a more involved registration process (by email, for instance) would carry more weight, but enforcing it would just estrange a lot of people.

Perhaps a less democratic system for choosing topics and dates is in order? Perhaps can we set the dates far in advance, with regularity. Every third week of the month, for instance?

It is tough to define the core values of Think Tanks, and right now it seems we are not promoting them very well. We speculated on the reasons people might be on the fence.

They don’t feel they will get anything out of it
The benefits are not visible from the outside
The quality of the live streams is not nearly the same as actually being there
The recording of the events is inadequate
We need good summaries (hence this post)
Some people look for practical applications, take-aways
Discussions without clear direction are daunting
Better moderation
Do a pre-discussion on Facebook
Locations influence attendance
Host in different locations to involve different people
Invite people from very different fields (mathematics, gardening, biology)

That’s it for this edition. Thank you for joining, and for reading. If you have feedback or ideas, don’t hesitate and post! We look forward to the next event, see you there.

Think Tank Meetup #9 will focus on a very essential question...

Coalescence a space and time where three generations of sound touch,...

It already time for the 14th session of the Think Tank...